Penna Flame Offers a Variety of Free Resources
To Help You With Your Business! 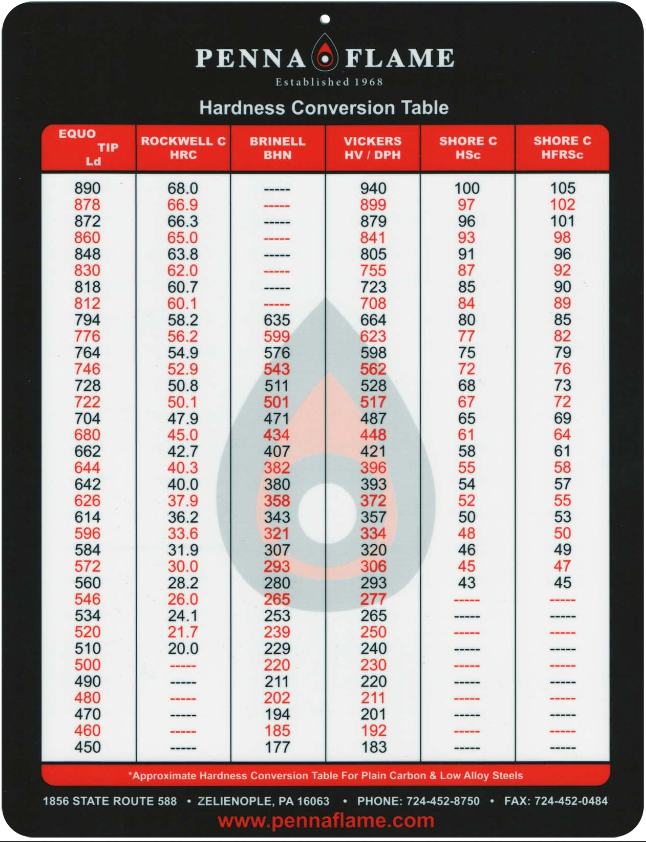 Click on the image above to download your PDF copy of this extremely useful chart
or contact us and we will mail you a durable printed plastic chart.

This is the oldest hardness test method frequently used today to determine the hardness of iron and steel castings and forgings that have a grain structure too coarse for Rockwell or Vickers testing. The test was invented in Sweden in 1900 by Dr. J. A. Brinell and follows ASTM E10 / ISO 6506 standards. 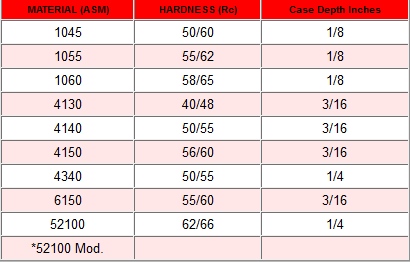 This chart is a general guide. Hardness and case depth's may vary depending on the flame hardening technique used and actual chemistry of the material.